Click images below to learn more about each sacrament. 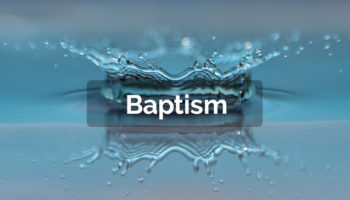 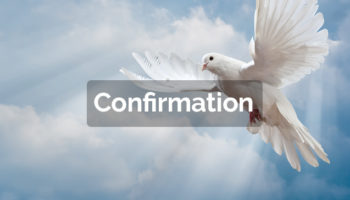 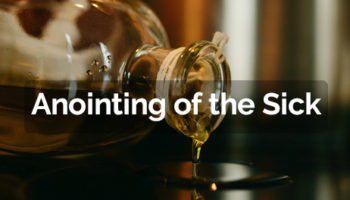 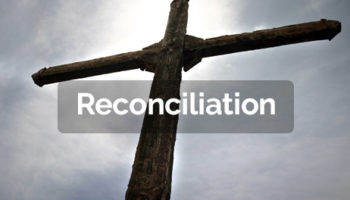 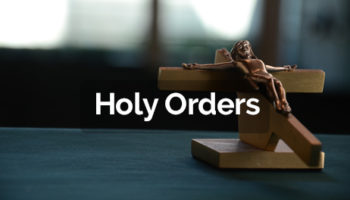 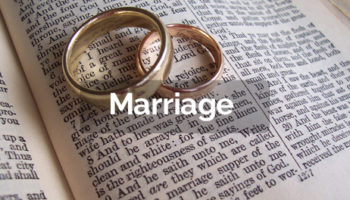 Starting on Monday July 13th, for the next 6 weeks, we will begin sending out a weekly video from Bishop Barron's new series entitled "The Sacraments" where Bishop Barron takes a fresh look at the seven sacraments of the Church in all their theological depth, spirituality, and wonder. If you are not yet on our email list, sign-up today! Find a short description of each session below. Please send us an email if you wish to go deeper and receive a downloadable guidebook of the entire program.

Through the seven sacraments of the Church, Jesus is present, ministering to his people. Healing, nourishing and anointing them. These seven holy sacraments are not just symbols of Christ, they are encounters with him. This encounter with Christ begins with Baptism. The Greek verb baptizo is powerful. It means literally “to plunge.” We speak of “taking the plunge” when we move from the ordinary to the extraordinary, and our lives change irrevocably. The baptized person is changed by being immersed in the life of Christ, becoming a child of God.

The sacrament of Confirmation is often underappreciated. If Confession is fear, Confirmation is sometimes forgotten. Yet like all the sacraments, it too is an encounter with Christ. Through it the Lord confirms us with the gifts of his Holy Spirit, thus enabling us to do Christ’s work. Throughout the ages, the ascended Jesus sends the Spirit for the transformation of souls and the transfiguration of the world.

St. John Henry Newman said, “Man is not sufficient for his own happiness. He is not happy except the presence of God be with him.” God decides to share his life with us, and so meets us within time during Holy Communion. The Eucharist is our greatest treasure on earth and our greatest hope for heaven. Our lives are incomprehensible except under the gentle call of God’s love. He calls to us through the Eucharistic mystery. This is no mere earthly call, but a summoning to an encounter with the real and living presence of God. Glimmering from the lamps of countless sanctuaries throughout two millennia, God’s presence through Christ illumines our souls in unbroken light. He is silent, he is hidden, but he is here.

We live in a culture that, as Cardinal Francis George said, permits everything and yet, forgives nothing. So, people despair of being forgiven and feel compelled to deny their guilt. Yet the desire for reconciliation is embedded deep in our broken hearts. We are willing to confess our sins publicly on television or on social media, and in this cacophonous lament, we are longing for absolution. The truth is we’ve all sinned — against ourselves, against each other, and against God. God in Christ reveals that his mercy does not abandon us to guilt but causes us, like Lazarus, to come forth from the grave of our sin and find in his forgiveness the chance to live again. In the sacrament of Reconciliation, God’s merciful plan gives us a living encounter with his presence, which is forgiveness and mercy. Through the ministry of the Church, we hear the very voice of Christ declaring,“Go in peace. Your sins are forgiven.”

Anointing of the Sick

The sacrament of the Anointing of the Sick is inherently bound to the mystery of suffering. Though not exclusively meant for the hour of death, it cannot help but remind us of life’s fragility. People sometimes avoid this sacrament, preferring not to be reminded of the hard facts of human mortality. But it is precisely when we experience the limits of the human condition and feel the vulnerability of our flesh that the omnipotent, immortal God draws closest to us. In this sacrament, Christ, the good physician bestows spiritual healing on those who receive it in faith. God in Christ did not distance himself from the harsh reality of suffering and death. But entered into these facts of human existence directly, seeking out those who suffer and offering healing, consolation, and hope.

The sacraments of Matrimony and Holy Orders are fundamentally about mission. Though differing in scope and nature, both are critical to the life of the Church and, indeed, the world. In the eyes of God, it is not merely the individual, but rather the married couple, who are the primary foundation of human society. Those who receive the sacrament of Marriage do not simply express a romantic inclination to each other, but also testify to their belief that God has called them to this love and entrusted it to them as their primary mission in life.

While marriage itself is a sign of God’s love, there is even a more mysterious sign. Through the sacrament of Holy Orders, men are conformed in their very souls to the person of Christ. This identity is not meant to serve the recipient of the sacrament as a source of self-aggrandizement, but instead is meant to serve the mission of the Church. From the earliest day, the Church has seen fit that priests should live as Jesus did, in single-minded devotion to God and to the Church, so when people see and come to know the priest, they might see and come to know Christ.

There are many signs of God’s love in our everyday lives. The most effective signs of God’s presence with us are the seven sacraments. They are unlike any other signs of His presence in our lives because through them, Jesus directly shares with us His own life of grace. Sacraments are vital expressions of who we are as Catholic Christians. Each time we receive a sacrament we respond in a deeper way to Jesus’ call to discipleship.

Are you on FORMED? Sign up for a free account to watch The Spirit and The Sacraments! 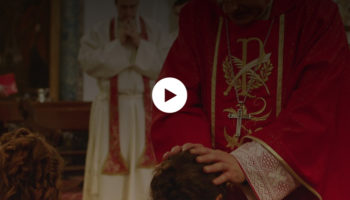 The Spirit and the Sacraments

From The Wild Goose Series

Examining the Holy Spirit's presence in the Sacraments of baptism, confirmation, and marriage and its impact on our lives.

We want to support and encourage you in your faith journey. We want to help you to encounter Jesus in a real and personal way through the sacraments by providing you with the tools and opportunities to deepen that relationship.

Whether for children or adults, our extensive sacramental preparation programs for Baptism, First Communion, First Reconciliation, Confirmation & Marriage will give you not only a better understanding of each sacrament, but offer you a deeper awareness of God’s loving involvement in all of our lives.

Please contact the parish office for more information and to register.