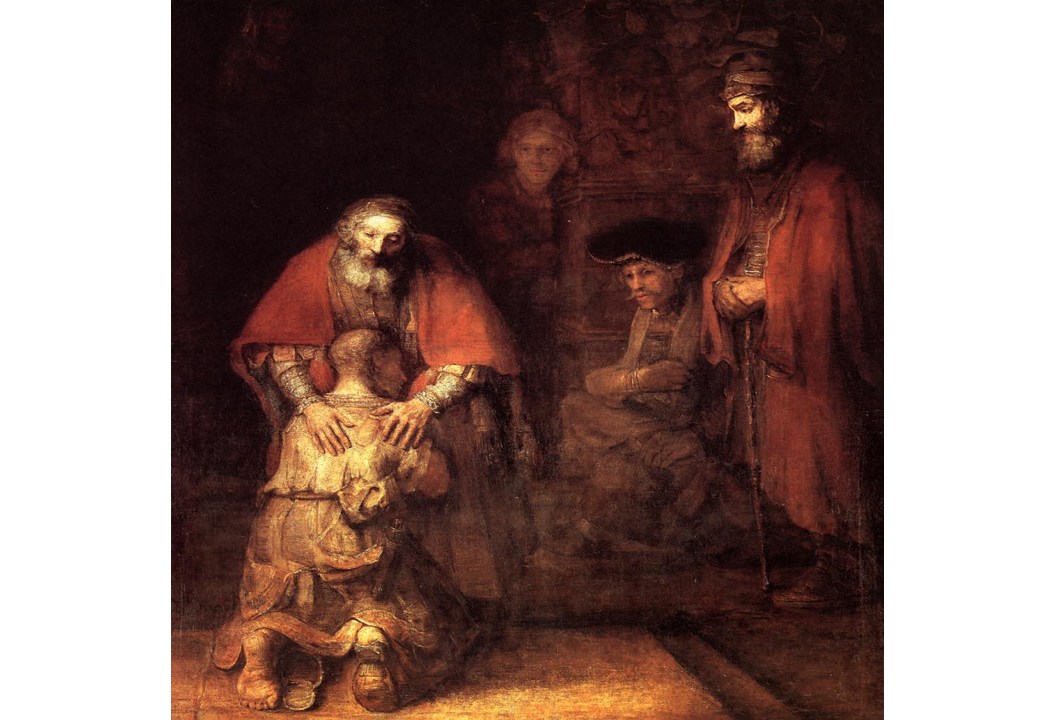 The parable of the Good Samaritan arises out of a discussion between Jesus and a Pharisee. Here is a religious lawyer and he is asking a question on the nature of the law. The stage is set by Luke with these words: “Behold a lawyer stood up to put him to the test.” The  lawyer in the Gospel phrased a trick question. It was the kind of question in which any kind of an answer would pose/present still further problems. It was a test question: “Teacher, what must I do to inherit eternal life.” Now right away we know that this man was a Pharisee, because the Pharisees believed in eternal life and the Sadducees did not. Jesus could tell that this man was an smart student of the law so he asked him: “What is written?” In other words, use your own mind to discern the essence of the law. Jesus, like a good discussion leader, throws the question right back in his lap.

The lawyer had a good answer. He said: “You shall love the Lord your God with all of your heart and soul and mind and strength and you shall love your neighbor as yourself.” This was a direct quote from Deuteronomy 6. It was part of the Shema, a confession regularly made in Jewish worship. Jesus says: “Excellent. You are correct.” If he were a teacher I suppose he would have said: “You get A+.” I have no complaint with this says Jesus. Do this and you shall live. You have not only penetrated to the essence of the law but you have worded it compactly.

The question had been asked and the answer given. You would think that the man would be pleased and go home. But a lawyer’s responsibility is to define the limits of liability. “But he, desiring to justify himself, asked ‘Who is my neighbor.’” In other words, where does my responsibility stop? Who exactly am I responsible for?”

At this point, instead of further defining the question, Jesus tells a story. A way of indirect teaching. A certain rich man was going from Jerusalem to Jericho. We can guess that this man was probably a Jew because this was a road going right through the heart of Judea. It was a very long serpentine road starting at Jerusalem, the highest point, 2,500 miles above sea level, and going straight down to Jericho, nearly 800 feet below Sea Level. The lowest place on the face of the earth not covered by water--the deepest city in the world.

The Jericho Road was a notoriously thief-infested stretch of rocky mountain road, a long, lonely seventeen miles crowded with caves and danger. Since the road was so often traveled by religious pilgrims and businessmen and because it was so crooked, robbers frequented the road often.  By the time you rounded a bend the bandits were there and you really had no chance to escape. I suppose if there had been newspapers it would not have been unusual to read about the latest mugging on the Jericho Road. And so, too, the particular traveler in Jesus story fell victim. He was ambushed, robbed, beaten. Now, the question in the story is who is going to stop and help.

The first was a priest from the local temple who saw this beaten man. It may seem curious to us that he makes no effort at all to stop and help but this priest was probably thinking that the man was already dead and that time for help had now passed. But probably, also, in the back of his mind was the thought that according to temple law whoever touched a dead man was considered unclean for seven days. That meant that he would lose his turn of duty in the temple. His obligations to the temple obviously came before his obligations to this beaten man, a man whom who didn’t even know. It was ceremony before charity for this particular priest. So he passed by on the other side.

The next pedestrian happened to be a Levite, a man literally born to the synagogue. He slowed down and curiously approached this beaten victim.  After glancing over the body, and cutting his eyes from side to side to see if anyone was watching, he too passed by on the other side of the road. I am not too sure that our reasons for passing by on the other side of the road have changed too much over the years. The story of the Good Samaritan is a lesson on how the Law of Moses is to be understood and lived out in the most difficult of relationships. I am convinced that apathy is just a word until you see it in action.  Anytime we refuse to stop and help and be a friend to someone in need, then we are committing the sin of the Priest and Levite on the Jericho Road.

Then a third person happens down the road and this individual, as it turns out is not a Jew but a Samaritan. But this Samaritan stops and tends to the victim’s needs, applies first aid, puts oils as a disinfectant on the wounds, bandages him up, and takes him to a nearby inn. There he leaves him, but not before paying his bill. Having finished his story Jesus looks at the lawyer and asks the question: Now who was the neighbor to the man who fell among robbers. Well, of course, you could not possibly miss the point. The lawyer responds: The one who showed mercy.

Now a very interesting thing has happened. A lawyer has asked a question which in effect says: “What is the external margin/border, boundary, edge, line of my responsibility? At what point am I no longer liable? Where does it cut off.” In effect he is asking: where can I quit loving? The answer that he probably wanted was: All faithful members of the Jewish faith or all members of the Jerusalem Bar. That’s where you can stop being a neighbor!

So, what about Jesus answer--this Good Samaritan parable. Jesus is in effect saying, “Look, your asking the wrong question?” The real question is not “Who is my neighbor?” It doesn’t make any difference who your neighbor is out there. The question is who are you? The question is not who is my neighbor, the question is am I a neighbor. A person who has the love of God within him will respond with compassion to human suffering wherever he finds it. Mercy for another human being is not qualified by race, status, religion or any other barrier that society might erect. This Pharisee was looking for where he could stop loving. It was Jesus who said: “Look, its sharing love that makes a person a neighbor.”

How difficult it is to stop and be sensitive. We want to say: Well, that’s not my neighbor. He’s from another city, or another political philosophy, or another economic bracket, or of another race. But Jesus is saying, it doesn’t make any difference who he is. If we are people within whom the love of God dwells then we will respond with compassion to those whom we pass on the roadside of life. The young Pharisee asked: how can I love my neighbor if I don’t know who he is. Jesus replied: It’s not who he is. It’s who you are.